Advertisement
Pope Francis greeted and blessed a group of pilgrims from China who broke protocol and approached him during the Wednesday general audience.
The group of faithful, some of whom approached the Holy Father on their knees, held Chinese flags and amid sobs, asked for him to bless a statue of Our Lady of Fatima they had carried into Saint Peter’s Square.

At first, some Swiss Guards tried to prevent the pilgrims from approaching the pontiff, but Francis quickly stopped them and shared a few moments with the pilgrims.
Among the pilgrims there were some children whom the Pope spent a few minutes with.
China only allows Catholic worship services for the Chinese Patriotic Catholic Association, which is subordinate to the Chinese Communist Party, and rejects the authority of the Vatican to appoint bishops or to govern them.
The Catholic Church faithful to the Pope is not completely clandestine, although it faces constant opposition.

Diplomatic relations between China and the Vatican were broken in 1951, two years after the communists came to power and expelled foreign clerics.
For some years the Holy See has been working on an accord for the reestablishment of  diplomatic relations with China, a rapprochement encouraged by Pope Francis.
In August 2014, while he was on his way  to South Korea, the Holy Father sent  a telegram to the President of China to express his best wishes when his plane was over Chinese airspace.
The fact that the Pope had received permission to fly over Chinese airspace was considered a small step forward. Pope John Paul II had to avoid the airspace of this country during his trips to Asia. 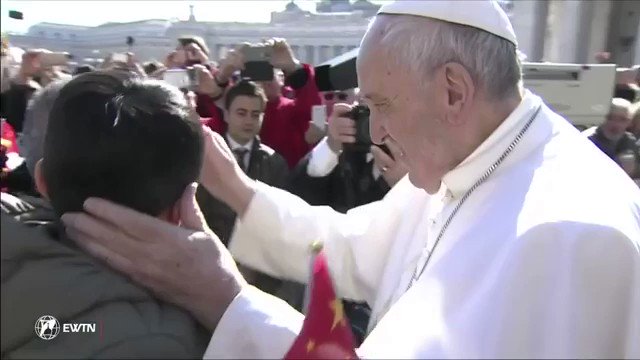 A triumph through remarkable trial – the story of one Catholic athlete