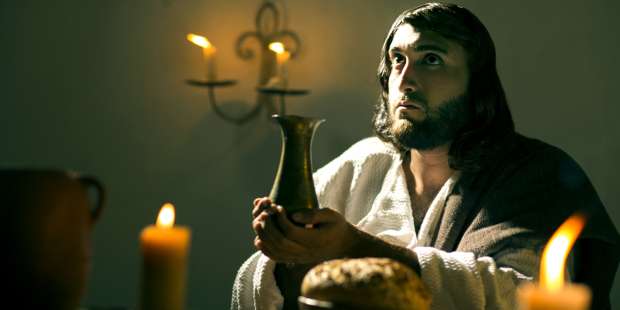 Home » Q&A » What was Mass like for the early Christians?

2,000 years later, the essentials have not changed.

Holy Thursday marks the Institution of the Holy Eucharist at the Last Supper. It is when Jesus exhorted his disciples to “do this in memory of me.” While this first Eucharist was celebrated in the context of the Jewish Passover, the early Christians soon distinguished themselves by offering the Eucharist on a regular basis and developing their own traditions.

What was it like, 2,000 years ago? How did the early Christians celebrate Mass?

In fact, we have an accurate description of this celebration from a saint of the early Church.

St Justin Martyr, who lived between 100 and 165, was a philosopher and Christian apologist. He desired greatly to share his newfound Christian faith and to explain it in a way that would be understood by the pagans of the Roman Empire.

St Justin proceeded to submit an account of Christian worship to the Roman Emperor in order to clear up many misconceptions. Below is an excerpt from his “First Apology” that details the early liturgy of the Christian Church.

It will sound quite familiar to a Catholic today.

And on the day called Sunday, all who live in cities or in the country gather together to one place, and the memoirs [letters] of the apostles or the writings of the prophets are read, as long as time permits; then, when the reader has ceased, the president [the presiding priest or bishop] verbally instructs, and exhorts to the imitation of these good things. Then we all rise together and pray, and, as we before said, when our prayer is ended, bread and wine and water are brought, and the president in like manner offers prayers and thanksgivings, according to his ability, and the people assent, saying Amen; and there is a distribution to each, and a participation of that over which thanks have been given, and to those who are absent a portion is sent by the deacons. And they who are well to do, and willing, give what each thinks fit; and what is collected is deposited with the president, who succors the orphans and widows and those who, through sickness or any other cause, are in want, and those who are in bonds and the strangers sojourning among us, and in a word takes care of all who are in need. But Sunday is the day on which we all hold our common assembly, because it is the first day on which God, having wrought a change in the darkness and matter, made the world; and Jesus Christ our Savior on the same day rose from the dead. For He was crucified on the day before that of Saturn (Saturday); and on the day after that of Saturn, which is the day of the Sun, having appeared to His apostles and disciples, He taught them these things, which we have submitted to you also for your consideration.

And this food is called among us Εὐχαριστία [the Eucharist], of which no one is allowed to partake but the man who believes that the things which we teach are true, and who has been washed with the washing that is for the remission of sins, and unto regeneration, and who is so living as Christ has enjoined. For not as common bread and common drink do we receive these; but in like manner as Jesus Christ our Savior, having been made flesh by the Word of God, had both flesh and blood for our salvation, so likewise have we been taught that the food which is blessed by the prayer of His word, and from which our blood and flesh by transmutation are nourished, is the flesh and blood of that Jesus who was made flesh. For the apostles, in the memoirs composed by them, which are called Gospels, have thus delivered unto us what was enjoined upon them; that Jesus took bread, and when He had given thanks, said, This do in remembrance of Me, [Luke 22:19] this is My body; and that, after the same manner, having taken the cup and given thanks, He said, This is My blood; and gave it to them alone.