The man hated the Catholic Church and tried to desecrate the Eucharist through every means possible.

In Paris, France, during the 13th century, there was a man who despised the Catholic Church. He held a festering hatred toward the Church and this anger led him to lash out. He eventually acquired a consecrated host to fulfill his devious ends.

He took the consecrated host and first stabbed it with a knife.

Immediately a stream of blood flowed from the consecrated host. This frightened the man, who never expected anything to happen. He quickly threw the host into the fire, hoping that he could get rid of the strange host.

Then the host miraculously floated above the fire.

In desperation, the man grabbed the host and threw it in boiling water. He thought the host was gone for good, but then the host rose out of the water again and took the form of a crucifix.

Greatly troubled at what he witnessed, he entrusted the host to a parishioner, who then brought the consecrated host back to the parish priest. At first the miraculous host was enshrined in the church of St. Jean-en–Grève, but then was lost during the French Revolution.

A chapel was built at the house of the man who stole the Blessed Sacrament and where the desecration occurred, and is now known as the Cloître et église des Billettes.

The miracle brought many to a firm belief in the Real Presence of Jesus in the Eucharist. 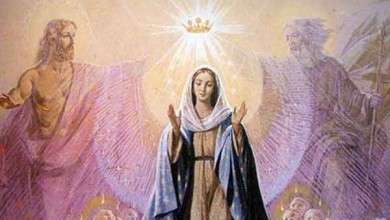 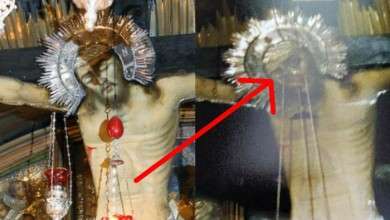