Angels surround us from the very beginning of our life on earth.

Guardian Angels can be seen throughout Scripture, such as in the book of Judith where she states that God’s “angel hath been my keeper” (Judith 13:20 DRA). Jesus taught his disciples about the existence of Guardian Angels when speaking about the protection of little children, “See that you do not despise one of these little ones; for I tell you that in heaven their angels always behold the face of my Father who is in heaven” (Matthew 18:10).

Though not explicitly revealed in Scripture, it is generally believed by theologians that all human beings, whether they are Christian or not, are assigned a Guardian Angel. Pope Pius XII related in an address how, “Everyone, no matter how humble he may be, has angels to watch over him.” This is consistent with Sacred Scripture, the teachings of Sts. Thomas Aquinas, Basil, and Jerome, and experiences from non-Christians who believe they were helped by a Guardian Angel.

If all people are given a Guardian Angel, when does this assignment occur?

The only official statement about the timing of this assignment comes from the Catechism of the Catholic Church, which states, “From its beginning until death, human life is surrounded by their watchful care and intercession. ‘Beside each believer stands an angel as protector and shepherd leading him to life’” (CCC 336).

The statement is not precise and simply points to the “beginning” of human life. Theologians have debated over the centuries the exact moment of this assignment and there exist multiple views.

For example, St. Jerome says simply, “how great the dignity of the soul, since each one has from his birth an angel commissioned to guard it.” This was a popular opinion for many centuries, based on the scientific knowledge they possessed at the time.

On the other hand, St. Anselm states, “Every soul is committed to an angel at the moment when it is united with a body.” While this too is debated among theologians, many believe this occurs at conception. According to a Vatican document compiled by Cardinal Joseph Ratzinger in 1987, “the spiritual soul of each man is ‘immediately created’ by God.”

It follows then, that a Guardian Angel is likely appointed at the moment of conception. It is not a dogmatic belief of the Catholic Church, but appears to follow from other teachings that have been handed down over the centuries, and would be consistent with Jesus’ words in the Gospel of Matthew.

Even if an individual Guardian Angel isn’t assigned at conception, the mother’s Guardian Angel would be automatically put in charge of the developing human being in the womb.

Whether we realize it or not, from the very beginning of our lives we are surrounded by heavenly angels who want to protect us from all spiritual and physical harm. We have the free will to allow them to do their jobs or we can cut ourselves off from their protecting help. It is a profound mystery, one that we will never fully understand until we finally meet our Guardian Angel in the life to come. 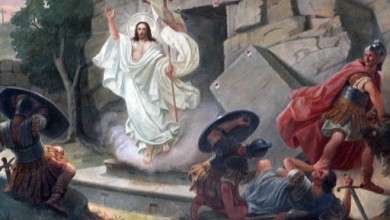 10 Reasons we know Christ rose from the dead

The Moon isn't pink, so why do we call it the 'Pink Moon in April?' 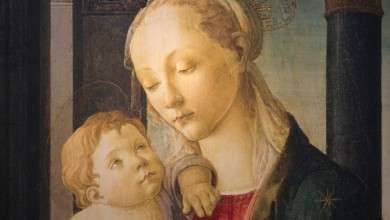 How Can Mary Hear So Many Prayers?