In the early days of the Church, deacons were authorized to baptize. A clear example is the case of the deacon Philip baptizing the Ethiopian eunuch (Acts 8:26-40). Philip was one of the seven deacons appointed in the early Church (Acts 6:5). He is distinguished from the apostle Philip (Matthew 10:3).
Later in Church history, deacons were classified as extraordinary ministers of this sacrament, whereas priests and bishops continued on as ordinary ministers. In recent decades, deacons have again been deputed as ordinary ministers of baptism in the Latin rite, as parish baptismal practice in the United States illustrates (CCC 1256). In the case of necessity, anyone—even a heretic—can baptize, provided he uses proper sacramental form and matter and intends to perform what the Church intends to perform in baptizing (see CCC 1256). 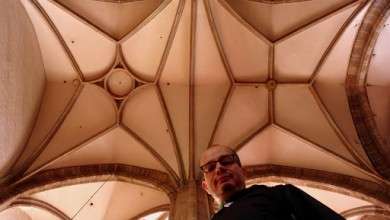 How Many Masses It Takes to Become Catholic

The priest refused to administer the Sacrament of anointing the sick to my sick baby. Why?