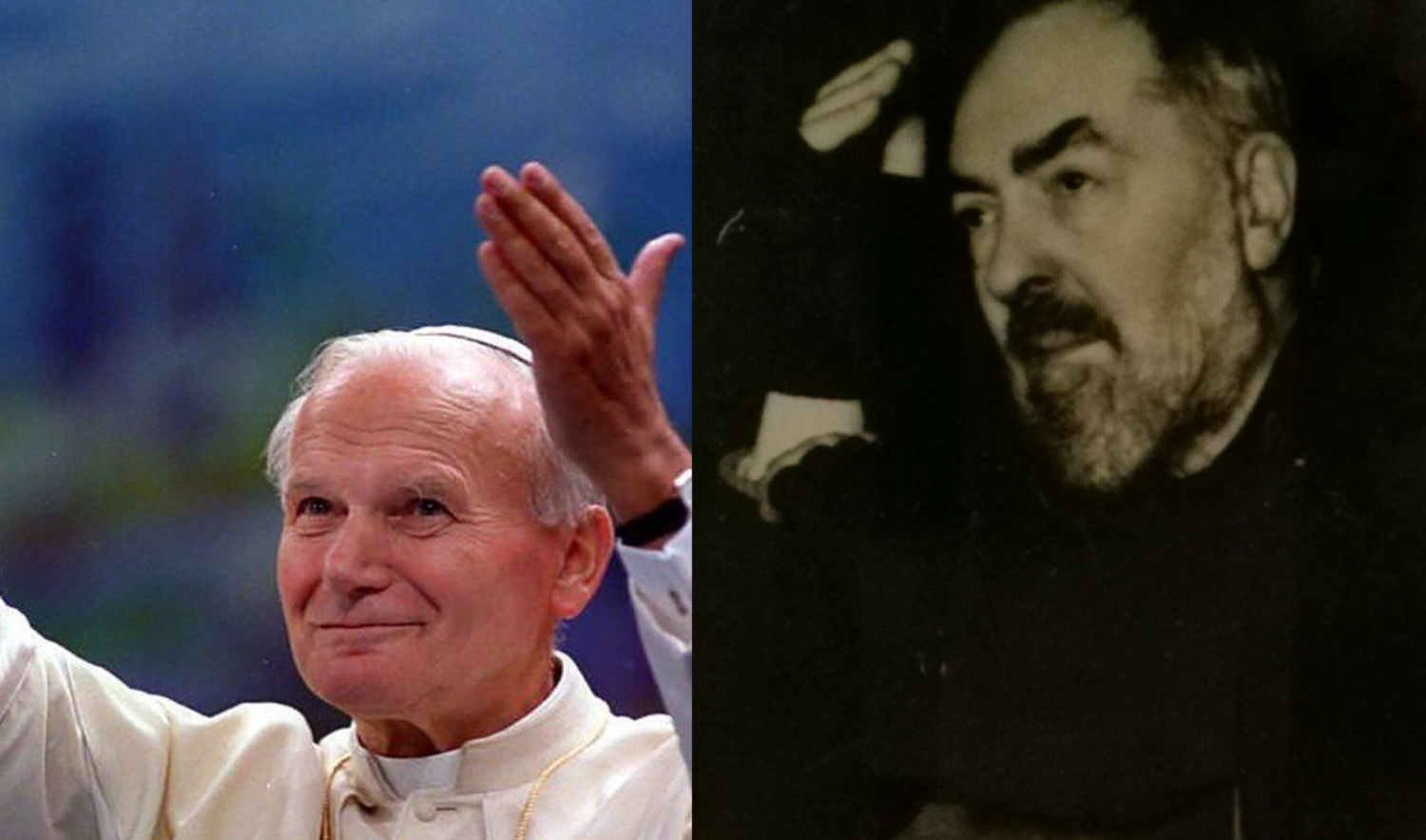 In 1947, the saintly Pope had just received priestly ordination and decided to pay a visit to the famed Padre Pio, the stigmatist Capuchin friar. The Pope was impressed, and even though it was a very brief meeting, Wojtyla still did not forget, and later, he wrote him a letter asking for his prayers. This was several years later, when Carol Wojtyla was a bishop, the letter was written in Latin and was published in the book “The Making of the Pope of the Millennium.“

Reverend Father, I ask you to pray for a woman about 40 years old, mother of four daughters, who spent five years in a concentration camp in Germany during the war. At present, her life is threatened by a tumor. Ask God through the intercession of the Most Holy Virgin to show his mercy to this woman and her family.

The Saintly Pope did not receive a response in the form of a letter but rather from a heavenly visitation: A few days after, there was a miracle, and Wojtyla wrote back to Padre Pio expressing his great joy.:

Reverend Father, the woman from Krakow, was instantly healed on November 21 before the surgical intervention. I give thanks to God. I also thank you.

Wojtyla became a strong advocate of Padre Pio and would go on to canonize him in 2002. There was even a rumor (later denied by JPII himself) that Pio jokingly told Wojtyla he would be Pope someday.