They had in common their brutal sufferings and also their prayer that their captors would be forgiven.

Contents hide
1 They had in common their brutal sufferings and also their prayer that their captors would be forgiven.
1.1 Giovanni Fausti
1.2 Daniel Dajani
1.3 Gjon Pantalia
1.4 Lazer Shantoja

When the Nazis fled Albania at the end of WW II, the Communists took control of the small country. From 1945 through 1974, they ruled Albania with an iron hand, banning religion, especially Catholicism. Many Catholics were brutally tortured and murdered during this period. What follows is the story of the 38 Martyrs of Albania, who were beatified on November 5, 2016.In April of 2016, Pope Francis held a ceremony recognizing 38 people who had died in the dark, dank, and disgusting prisons of Albania. The group included mostly Albanians, some Italians, and one German. Included among them were two bishops, 21 diocesan priests, three Jesuits, seven Friars Minor, a Franciscan novice-nun, three Catholic laypeople, and one seminarian. Most of them died between 1945 and 1950.

The only woman among them, Maria Tucci, was arrested on August 10, 1949. She refused to answer her captor’s questions and was tortured over and over until August 1950. She had been so brutalized over the previous year that she required hospitalization and died from her injuries on October 24, 1950. She was 22 years old.

Most of these Albanian martyrs were tortured to death, or just tortured over and over and sent to forced labor camps. The one constant among all them was their constant prayer to God, including the petition for forgiveness of their killers.

Here are brief bios of the three Jesuits and one priest educated by Jesuits who were among the martyred.

He was the oldest of 12 children born in  Brescia, Italy, on October 19, 1899. He began his religious studies at the age of 10 and was a classmate of Giovanni Montini, the future Pope St. Paul VI. After studying at the Pontifical Lombard College in Rome, he was ordained a priest on July 9, 1922. He entered the Society of Jesus already a priest on October 30, 1924. After serving in the Italian army, he went to the Pontifical Gregorian University and became a philosophy professor. He had been in Albania twice and was sent back in 1942. He was arrested by the Communists on December 31, 1945. After being held for two months and tortured almost every day, he was shot dead on March 4, 1946.

Daniel was born in 1906, and by the time he was 12, he felt the calling to the priesthood. He studied hard and began his novitiate with the Jesuits on July 8, 1926. He received his teaching credentials and made his solemn profession of vows on February 2, 1942. Similar to Father Fausti, Father Daniel was arrested on December 31, 1945. He also was held for two months, having to endure constant torture. And, just like Father Fausti, Father Dajani was executed on March 4, 1946.

Gjon was born in Serbia in 1887 and was related to St. Teresa of Calcutta. He did not want to be a priest, so he joined the Jesuits as a Brother. He became a teacher specializing in chorus, theater, and socio-cultural activities. He also was a writer, composer, and a spiritual director to many of his students. He was called “Brother Cornerstone” of the College of Shkodra. He was arrested in 1946 and brutally tortured. He tried to escape from prison but broke his legs jumping from a window. He was captured and thrown back in his cell. Lack of treatment and constant, unbearable pain took its toll. He died on October 31, 1947.

He was born in Albania in 1892 and raised and influenced by his devout Catholic uncle. Because of that, he wanted more than anything to become a priest. He spent more than 15 years in exile in Switzerland, and was educated by the Jesuits. He moved to Innsbruck, Austria, and completed his studies, being ordained a priest in 1920. Lazer could also play the piano. The Communists arrested Lazer and broke his arms and legs during his torture. Lazer, in unimaginable pain, had to drag himself on his knees and elbows just to move from one spot to another. He was shot in the neck and killed on March 5, 1945.

We ask all the Martyrs of Albania to pray for us. 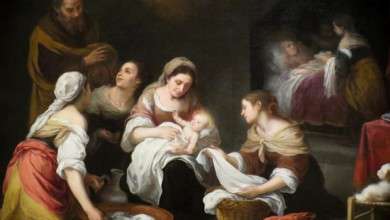 PRAYER FOR THIS EVENING (WEDNESDAY, JUNE 24)