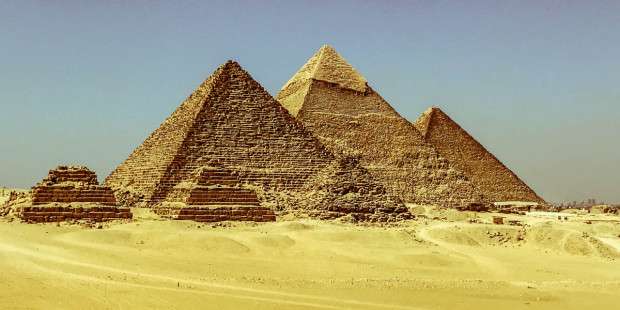 Catholic Home » Q&A » Where did the Holy Family live in Egypt?

Jesus likely took his first steps not in Bethlehem or Nazareth, but in Egypt.

It is easy to forget that part of Jesus’ early childhood was spent outside of Bethlehem and the Holy Land. Forced into exile by King Herod, the Holy Family fled to Egypt and lived there for several years. It is fascinating to think about this time in Jesus life. Did Jesus see the ancient pyramids? What about the great Nile river?

Before we look at the possible locations of Jesus’ exile in Egypt, let’s first look at the narrative from Matthew.

Historians tend to disagree when it comes to the date of King Herod’s death. Most scholars point to 4 BC, while some claim that he died as late as 1 AD. Whatever the actual dates may be, local tradition claims that the Holy Family lived in Egypt for as long as four years.

It is intriguing to picture Jesus taking his first steps and saying his first words not in Bethlehem or Nazareth, but in Egypt!

According to local traditions, the first stop for the Holy Family was Farma, east of the Nile river. Then they continued traveling to Mostorod, a city north of Cairo. There is a spring near the city that reportedly sprung up after they arrived.

After that they stopped at Sakha, and is the site of a rock that has an impression of the baby Jesus’ foot.

Moving along they progressed to Wadi El Natroun before stopping just outside of Cairo. At this site there is a place where a tree provided shade to the Holy Family.

They most certainly saw the ancient pyramids of Egypt as they continued on their journey, possibly stopping to see such an amazing sight.

The family in exile then continued on to Old Cairo and up to Maadi, where they took a boat to Deir El Garnous and then Gabal Al-Teir.

The main stopping point for the Holy Family was Gebel Qussqam. It is believed that they stayed here for about six months. Before returning home they stopped in Assiut and then back to the Holy Land.

The Coptic people take great pride in this special chapter in the life of Jesus and feel particularly close to the Holy Family, who walked and lived among them during Jesus’ early years as a child.