St. Odilo of Cluny directed all his monks to pray for the souls in purgatory on the day following All Saints Day.

All Souls Day has a fascinating history, one that can be traced back to the 10th century and the initiative of St. Odilo of Cluny.

St. Odilo was a holy abbot of a Benedictine monastery located in Cluny, France. This monastery became highly influential during the Middle Ages and played a crucial role in the development of monastic life.

During his time at Cluny, St. Odilo instructed his monks to pray for the souls in purgatory on the day following All Saints Day. There are various legends regarding this institution. Here is one of the most popular, as printed in Donahoe’s Magazine in 1880.

A French pilgrim returning from Jerusalem was cast by a storm upon the coast of Sicily. A [hermit], who dwelt amid the rocks of the sea-shore, asked him if he knew the monastery of Cluny and the abbot Odilo. “Often,” said the hermit, “I hear the spirits of darkness uttering blasphemous curses against those pious persons whose prayers and alms free the souls that suffer in [purgatory]; but they are particularly bitter against Odilo and his religious. I therefore earnestly entreat you, in the name of God, when you reach your native land, to urge the holy abbot and his monks to redouble their prayers for the suffering souls in purgatory.”

The pilgrim delivered the request, and Odilo directed that in all the monasteries of his order, a yearly commemoration of all the faithful departed should be made on the day following the feast of All Saints …The pious practice was gradually adopted by other churches, and soon became of general observance throughout the Catholic world.

Whether or not this actually happened is debatable, but this story has been passed down over the centuries and must have some truth to it. The annual commemoration of All Souls can be traced to St. Odilo, and it was gradually adopted by other churches in Europe until it became a universal feast of the Catholic Church. 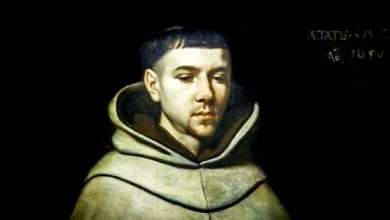 Better than fasting: Spiritual advice from a mystic, a poet, a doctor, and a saint 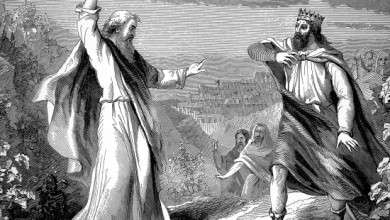