The burial of a deconsecrated altar reminds us of the sacred mystery that was performed on it.

Often when a Catholic church building is closed and either sold or torn down, the many liturgical items inside the building need to be disposed of properly. While in most cases these items and fixtures are reused in new churches, sometimes there is no alternative place to put them.

What is to be done with an old altar that no longer serves a purpose?

First of all, the Catholic Church bestows upon every altar a “blessing” or “consecration” that sets it apart for sacred use. Upon the altar the Eucharistic bread and wine is transformed into the body, blood, soul and divinity of Jesus Christ. It is one of the most sacred objects in the entire church.

In fact, a new altar can only be consecrated by a bishop and the ceremony is elaborate. It mimics in some ways the baptism of a new Christian as the bishop uses holy oils to bless the altar and vests it with a white garment after the prayers have been completed. In this way the altar becomes a kind of “sacramental,” in the sense that it is set apart or blessed by the Church for the purpose of sanctifying our lives and celebrating the sacraments.

While its true that an altar can be “deconsecrated” by the competent Church authority, there still exists a need to honor the altar, or at least the mensa (top) of the altar. It was upon this mensa that the holy sacrifice of the Mass was celebrated.

Similar to other sacramentals, the mensa of an altar can be buried, and many parishes will bury an old altar top in their cemetery (after removing any relics of saints that may be embedded in it).

This recognizes the spiritual mystery that was performed on the altar and ensures that it is treated with utmost respect. It also reminds us that the sacrifice of the Mass it not a mere reenactment of the Last Supper, but a faithful re-presentation of a single event that happened almost 2,000 years ago.

The spiritual reality behind the Mass is profound and has a powerful effect on this world, and the burial of an old altar honors that fact. 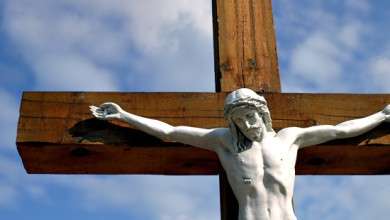 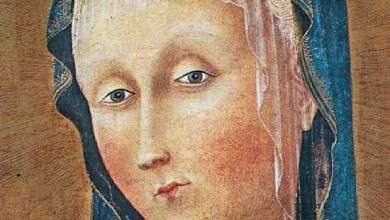 Here are the answers to the 'Lent and the Liturgy' quiz.