Full Question
Why did God test Abraham by asking him to sacrifice his son?
Answer

Genesis 22: 1-2, we read how God tested Abraham by demanding his son, Isaac as sacrifice
“1. It happened some time later that God put Abraham to the test. ‘Abraham, Abraham!’ he called. ‘Here I am,’ he replied.

God was never in doubt of Abraham’s faith. Think of what would happen if Abraham were to rebel against God for demanding such a heavy sacrifice of him, we all know the story of Abraham and how he got Isaac in his old age; but, God knew Abraham.
Why did He test Abraham if he knew already? He wanted Abraham to see how great the faith he had within himself. He made such a request to draw the best out of Abraham as well as move forward in the big plans He had for him
This also applies to us; this is why God gives us the crosses we bear. We can learn one more lesson from this; God never gives us a cross we cannot bear

This act of faith was a big step in God’s plan to make Abraham the father of many nations.

Genesis 22:15-18, after the angel stopped Abraham from sacrificing Isaac:
“15. The angel of Yahweh called Abraham a second time from heaven. 16. ‘I swear by my own self, Yahweh declares, that because you have done this, because you have not refused me your own beloved son, 17. I will shower blessings on you and make your descendants as numerous as the stars of heaven and the grains of sand on the seashore. Your descendants will gain possession of the gates of their enemies. 18. All nations on earth will bless themselves by your descendants, because you have obeyed my command.'” (New Jerusalem Bible)

Also, our liturgy calls Abraham, ‘our father in faith’:
“Look with favor on these offerings and accept them as once you accepted the gifts of your servant Abel, the sacrifice of Abraham our father in faith, and wine offered by your priest Melchisedech.”. 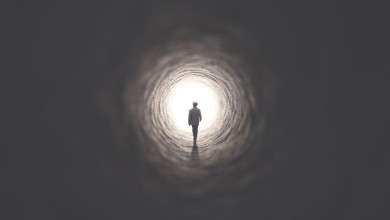 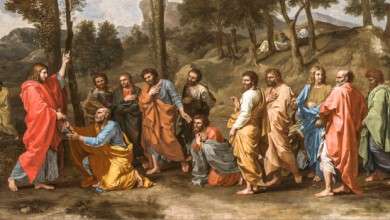 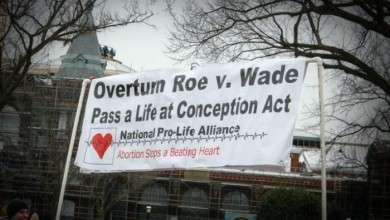