You may have noticed that at the beginning of the Mass, every ordained minister taking part in the mass kisses the altar. Bishop, priest, or deacon. To many onlookers, this seems rather odd since many see altars as mere objects of little significance.

Why this custom though?

Kissing sacred objects has been part of many faiths used to show reverence or as a greeting. This was usually applied to objects that represented the divine.

In Christianity, kissing the altar receives its importance because of the Holy Sacrifice celebrated upon it. It is so important and set apart and is specially consecrated by a bishop. The ceremony of the consecration mimics in many ways that of the baptism of a new Christian. The Bishop uses holy oils to bless the altar and vest it with a white garment after the prayers have been said.

The Altar represents Jesus himself who is the “cornerstone” of the Church. The sacrifice of the Mass where the Lord gives himself to the Father for our sake is reenacted on the altar. This becomes a holy object since this is where God meets us every day during mass.

Another part of it is, over time relics of saints were inserted into the altar and when the priest kissed the altar he would be kissing the relics (sometimes a crucifix) as well.

Why does the priest kiss the Altar at Mass? Leave your comment below. 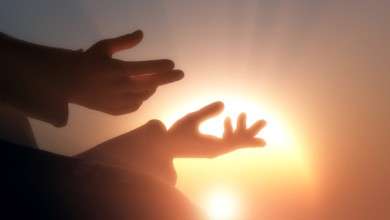 Pope ends worldwide Rosary calling on Our Lady of Guadalupe