The virtue to which we are called with regard to sexual relationships is called chastity. Through integrity and self control, the chaste person observes the true meaning and intimacy of sexual relations. Pornography is gravely offensive to this. The Catechism of the Catholic Church explains, “[pornography] perverts the conjugal act, the intimate giving of spouses to each other. It does grave injury to the dignity of its participants (actors, vendors, the public), since each one becomes an object of base pleasure and illicit profit for others. It immerses all who are involved in the illusion of a fantasy world” (CCC 2354).

Christopher West, in his book Good News About Sex and Marriage says this:

[Pornography] does nothing but foster in a man his fallen inclination to treat women as things for his own sexual gratification. A man who uses pornography, so long as he remains in its clutches, has incapacitated himself to love women properly . . . he cannot hope to have a healthy, pure relationship with a woman. He cannot hope to enter marriage honestly, fruitfully, and faithfully. Men who use pornography have emasculated themselves. (84)

It is important to rely on God’s grace to escape the clutches of pornography so that one can love as God intended. 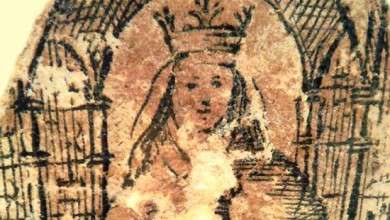 When Did Jesus Die the Second Time?

Do the prophecies of St. Malachy suggest we are living in the end times?