The ability to fulfill the Sunday obligation on Saturday has surprising biblical roots.

For most of Church history Christians were required to attend Mass within the 24 hours of Sunday to fulfill their obligation to the Lord. This was in accord with the commandment, “Keep holy the Sabbath.”Then after the Second Vatican Council a decision was made to permit Masses celebrated in the evening before to “count” towards the Sunday obligation. It was codified into Canon Law which now reads, “A person who assists at a Mass celebrated anywhere in a Catholic rite either on the feast day itself or in the evening of the preceding day satisfies the obligation of participating in the Mass” (Can. 1248 §1).

The motivations behind this change were primarily pastoral and were influenced by changes throughout the world. For example, various governments and cultural shifts no longer protected Sunday as a day free from work and so the Church in her wisdom came up with a solution that was in accord with tradition.

First of all, the Church did not invent celebrating a feast day on the prior evening. According to Father Edward McNamara, “the concept of a day in the ancient world … divided our 24 hours into four nocturnal vigils and four daylight hours, the day commencing at first vigil.” This meant that the “day” didn’t start at midnight, but at sundown (remember, ancient people didn’t have clocks).

This was further confirmed by the Jewish practice of observing the Sabbath on Saturday. According to Jewish law, “Shabbat is a day of rest and celebration that begins on Friday at sunset and ends on the following evening after nightfall.” One of their justifications for this practice comes from an event that occurred during the exile in the desert.

To provide for the physical needs of his people God sent quail and manna to them. Moses says in Exodus, “At evening you shall know that it was the Lord who brought you out of the land of Egypt, and in the morning you shall see the glory of the Lord … When the Lord gives you in the evening flesh to eat and in the morning bread to the full, because the Lord has heard your murmurings which you murmur against him” (Exodus 16:6-8). In this case, God provided food both in the evening before and the next morning.

In Christian symbolism this points to the Eucharistic manna and flesh that God provides for his Church during Mass.

So while it may seem odd to celebrate Sunday on Saturday, this is not something new and has surprising biblical roots. 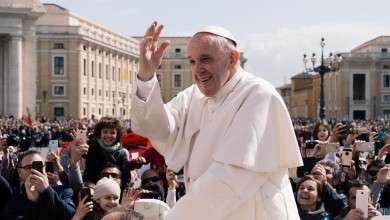 12 times Pope Francis warned us of the devil

Is it bad to chew the Eucharist? 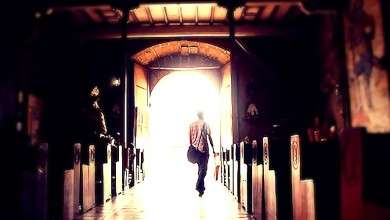