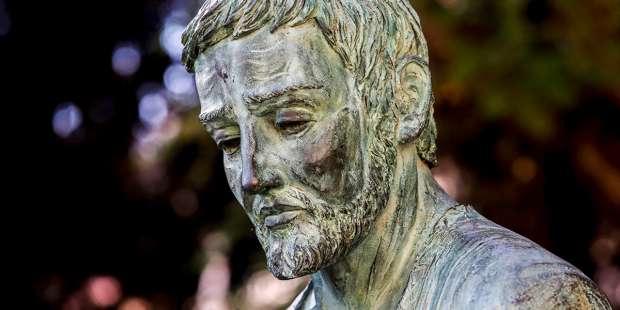 Why plague victims consecrated themselves to St. Joseph

Home » Articles » Why plague victims consecrated themselves to St. Joseph

When the plague ravaged Europe, victims would frequently turn to St. Joseph and his miraculous intercession.

Plagues have a long history in Europe, and when Christians were in the midst of such a crisis, they frequently turned to St. Joseph.

Beyond asking for his powerful intercession, many Christians would make personal consecrations to St. Joseph, offering to him their entire lives in hopes that they and their families would be spared from the plague.

In the book The Glories of the Catholic Church, the author explains, “How successful St. Joseph is also in curing his clients, securing them even from the greatest of all distempers, the plague, we may gather from his defending the city of Avenson from being utterly destroyed by it about ten years since, upon account of a solemn vow made to him of forever celebrating his feast.”

Besides the city of Avenson, the city of Lyons was also the site of a miraculous recovery.

Mr. Augery, an advocate in the parliament of Dauphine, being at Lyons, and understanding, on July 15, 1638, that Theodore Augery, his son, seven years of age, was seized by the plague … he made a vow to God, that if St. Joseph, by his intercession, would procure his son’s recovery, and preserve his family from the plague, he would for nine days together hear Mass in his church in his honor… the sick youth, being visited by the plague surgeons, who gave him up for dead, was taken out of the house, and carried to St. Laurence, the pest-house, for fear of infecting others. Here he found himself perfectly well, nor were any more of his family, nine in number, infected.

This was not an isolated incident, as St. Joseph repeatedly interceded for plague victims and God cured their illnesses.

Tevenet, a good old man of St. Laurence Dauger, a village near Lyons, infected with the plague, asked the vicar of the place whether there were no means for his recovery, who answered him that there were none but by having recourse to St. Joseph, and by making a vow every year to keep his feast … The pious old man immediately made the vow, and at the same time found himself freed from the plague.

While proper medical attention should always be sought, as well as following instructions given by government authorities, Christians throughout the centuries highlight the need for prayer to be included in one’s response to a plague.

God will always respond to a contrite heart and if it is in his will, has the power to cure and protect individuals from diseases. In this respect, St. Joseph has been shown to be a powerful intercessor, leading Christian souls closer to God, petitioning the Lord to have mercy on the sick and suffering.

Above all, St. Joseph teaches us to trust God in all circumstances and place our lives in his hands.