St. Joseph was told by an angel to “quarantine” his family until a “deadly plague” was lifted.

St. Joseph and the Virgin Mary had an adventurous start to their marriage! Not only was Mary pregnant with the Son of God, but shortly after Jesus’ birth, they had to “isolate” themselves from family and friends.The Gospel of St. Matthew explains what happened.

[T]he angel of the Lord appeared to Joseph in a dream and said, “Rise, take the child and his mother, flee to Egypt, and stay there until I tell you. Herod is going to search for the child to destroy him.” Joseph rose and took the child and his mother by night and departed for Egypt. He stayed there until the death of Herod, that what the Lord had said through the prophet might be fulfilled, “Out of Egypt I called my son.” (Matthew 2:13-15)

In a certain sense, St. Joseph had to “quarantine” his family and “stay at home” in Egypt until a “deadly plague” ended.

It must have been difficult for the Holy Family, living in a country that was not their own, isolated from family and friends. Mary couldn’t rely on her family members to help her during the first few years of Jesus’ life on earth. Even St. Joseph was laid off from work, and probably had to endure a time of unemployment, while he searched for work in a new land.
In many ways, the Holy Family likely felt alone and cut-off from the world they were most familiar with.

If you ever feel alone during a time of quarantine, staying safe at home, look to the Holy Family and invoke their heavenly aid. They understand the feelings you are experiencing and can provide you comfort and peace during your crisis.

Rest assured, you are not alone, as the Holy Family is at your side, ready to embrace you with their love and compassion.

Holy Family, pray for us! 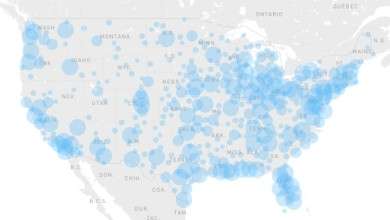 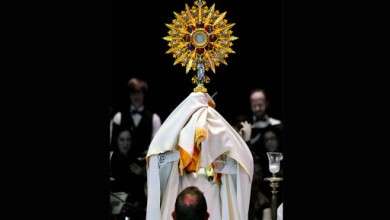 Demons Believe and Tremble before the Real Presence

Learning Holy Courage and Living Faith from the Book of Job