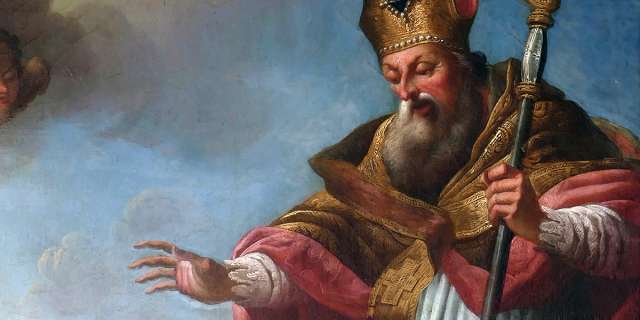 Why St. Valentine is a patron saint against plagues

St. Valentine may have been a physician who cured the daughter of a Roman officer.

Little is definitively known about the original St. Valentine, but one popular legend claims he was a physician in Rome.

He was one of the first “physician-priests,” who matched medical knowledge with trust in Divine Providence.

This combination made him an enemy of Rome when he cured the daughter of a Roman officer, as the book Short Lives of the Saints explains.

Here he worked a great miracle by restoring sight to the daughter of one of the officers of the prætorium who had been blind for two years and the miracle converted the entire household of the judge consisting of more than forty persons.

It isn’t stated how he cured the daughter, but some legends claim it was his intercessory power, while others say it was a combination of medicine and prayer.

Whatever the case may have been, Christians began calling upon his intercession for relief from the plague.

He became part of the “Fourteen Holy Helpers,” saints who were called upon during the Middle Ages, especially during the various plagues that occurred during that time.

While St. Valentine is most widely known in the modern-age for his association with love, previously he was seen as a miracle-worker against infectious diseases.