But don’t expect them to disparage the Novus Ordo

As a young Catholic growing up in an increasingly secular (or even post-secular) Britain, I am lucky to be able to attend the Extraordinary Form of the Mass. There is something about the purity and beauty of the Catholic culture that it represents that I, and many other young Catholics, find enticing.
The Latin, the Gregorian chant, the priest facing ad orientem and even the Roman biretta are ingredients in a spiritual feast that represents an oasis of replenishing beauty from the madness of the modern world.
I love the Extraordinary Form because it is so unashamedly and distinctively Catholic. It represents a brave and missionary faith willing to take on the world, and affirm our identity in so doing. It is the Mass of the greatest popes and saints of the Church’s long history and stands apart from so much of the culture of our day: a battle standard for spiritual combat with the forces of evil.
Most importantly, it is something that the younger generations of Catholics covet as something nearly lost. Its value is heightened by the fact that we never grew up with it. And now we have easier access to the Form, we do make the most of it: last year I attended an Extraordinary Form Requiem for All Souls’ Day in York. Fauré’s Requiem was sung by the choir at St Wilfrid’s Church which, combined with the solemnity and dignity of the celebration, helped give the Mass great numinosity. Fortunately for me, such splendour is available weekly.
However, it would be wrong to assume that solemnity, beauty and spiritual armour cannot be found within the rich folds of the Novus Ordo Mass, a liturgy which has its own merits and which I am proud to have grown up with. I admire the way that the glorious essence of the Mass is made more accessible through the structural simplifications of the Novus Ordo, which are appealing in themselves. This gives the Mass a sense of versatility and of course brings the laity into the celebration. A liturgy in the vernacular is also not without its benefits. All in all it is, arguably, a cleaner weapon than the Extraordinary Form, which is far more theatrical and splendid.
I remarked above that part of the value of the Extraordinary Form is that it has been shaped by the faith of the Church over the past 1,500 years. I feel the correct view of the Novus Ordo would be to see it as another development in the long – and unfinished – history of the Church. It was born out of the Second Vatican Council, and has therefore been shaped by the witness of the Church and the leadership of great popes, many of whom – St John XXIII, Blessed Paul VI and St John Paul the Great – gaze upon the beatific vision because of their service to the Church, of which their role in the establishment of the Novus Ordo was a key element.
Furthermore, who can deny the orthodoxy and holiness of Pope Emeritus Benedict XVI or – despite secular media coverage to the contrary – Pope Francis? These men are dedicated to the Novus Ordo, as their predecessors were.
In discussing particular devotions to particular liturgies – a discussion not limited to these two Forms, lest we forget the Eastern Catholic Church – we must remember that we all belong to the same tradition. Indeed, to overzealously stress the importance of one Form over another sets the Church on a path to serious internal division.
The unfortunate Society of St Pius X is a prime example of this. Elements of this group claim that the Novus Ordo is an insult to God, and deny the validity of the canonisation of St John Paul the Great. Extremism makes idiots of us all.
I could go further into Archbishop Marcel Lefebvre’s supposed issues with the documents of the Second Vatican Council. But, since he signed them, I don’t think there’s much point.
I would stress that all Catholics should be appalled by the heterodox abuses of the liturgy in the immediate post-conciliar decades. Regardless of which Form you celebrate, the Mass ought to be the most beautiful thing on earth, as befits the sacramental reality.
I give heartfelt thanks to Benedict XVI for his motu proprio Summorum Pontificum. This marvellous document allows Catholics to celebrate both Forms of the Roman Rite of the Mass in a way that enables the tradition to self-fertilise and increasingly enrich itself. We should not see the different Forms as the battle standards of opposed factions within the Church, but as a valuable expansion of our arsenal as we strive for the conversion of the culture.
by Benedict Turvill 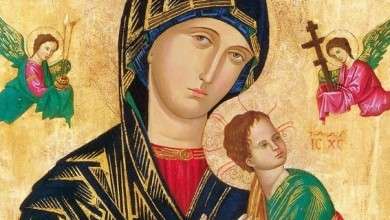 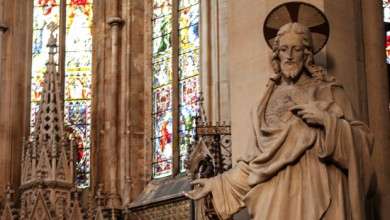 Are you a perfectionist? End each day in peace with this prayer 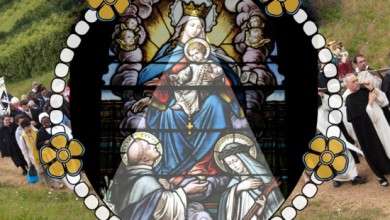 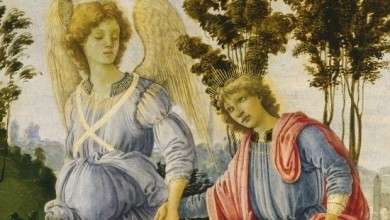 Is Purgatory in the Bible?