In Sunday’s readings, someone in a crowd called out to Jesus, “Will only a few people be saved?”  Why was this the wrong question to ask?

St. Luke tells us that as Jesus “passed through towns and villages, teaching as He went,” someone called out a question to Him:  “Lord, will only a few people be saved?”  This is a curious question, isn’t it?  Why would anyone be interested in knowing thenumberof people saved?  The idea that there are those who will be saved and those who will be lost in God’s final judgment was a constant theme in the Old Testament Scriptures.  Moses laid it out before all the Israelites as they were about to enter the Promised Land: “If you obey the commandments of the Lord your God which I command you this day… you shall live and multiply and the Lord your God shall bless you.  But if your hearts turn away, and you will not hear … you shall perish” (see Deut. 30:16-18a).  The wisdom literature, in particular, is full of exhortations to choose life by living righteously and to avoid the destruction that comes with foolish disobedience and wickedness (see Ps 1; Wis 5:1-16).  So, interest in salvation by a Jew listening to Jesus isn’t surprising.

What is surprising, however, is the question this man asks:  “Will only a few be saved?”   What question should he have asked?  We can get a clue from Jesus’ reply:  “Strive to enter through the narrow gate, for many, I tell you, will attempt to enter but will not be strong enough.”  The man who questioned Jesus was interested in the “few”; Jesus was interested in the “many.”  Why?

Jesus continues to make His point by using a parable.  He speaks of the “master of the house” who has “arisen and locked the door.”  In this, He is describing Himself and the end of His time of visitation in Israel.  He was with His own people, His “house,” for three years, teaching and preaching the Good News of the Kingdom and calling the Jews to believe in Him as their promised Messiah, the Son of God.  He was rejected by the religious leaders and put to death, from which He “arose” and then departed, bringing to an end the opportunity for the Jews to acknowledge Him as their true King.  He then describes Jews standing “outside knocking and saying, ‘Lord, open the door to us.”  Jesus, the “master,” sends them away because although they had proximity to Him (“we ate and drank in Your company and you taught in our streets”), He doesn’t know who they are; they did not become His friends when He was with them.  Theirs is a terrible fate.  They will see “Abraham, Isaac, and Jacob and all the prophets in the kingdom of God and you yourselves cast out.”  Here, of course, Jesus is describing Jews who rejected Him, refusing to believe Him when He said things like, “I am the door; if any one enters by Me, he will be saved, and will go in and out and find pasture” (Jn 10:9). However, although some of His own people will be outside, they will see people from all four corners of the earth reclining “at table in the kingdom of God.”  This is not a description of “few” but “many.”  It becomes clear, then, what question the man should have asked.

How different would Jesus’ reply to this man have been if he’d asked, “Lord, how can I be saved?” By the way Jesus addresses his question about “only a few,” we can surmise that this man thought of himself as being in that small number, safe, and not needing to ask this question. Many Jews of Jesus’ day, especially the religious leaders, presumed that because they were descendants of Abraham and God’s chosen people, they were the few who would be saved.  This was a dangerous way to think, as John the Baptist made clear in his preaching at the Jordan River:  “But when [John] saw many of the Pharisees and Sadducees coming for baptism, he said to them, ‘You brood of vipers! Who warned you to flee from the wrath to come?  Bear fruit that befits repentance, and do not presume to say to yourselves, `We have Abraham as our father’; for I tell you, God is able from these stones to raise up children to Abraham’” (Mt 3:7-9).

Perhaps Jesus sensed this kind of presumption in the man who questioned Him.  Instead of discussing numbers, He speaks directly to the man himself: “Strive to enter through the narrow gate.”  In other words, you have work to do!  In addition, He warns the man that only those who are “strong enough” will make it through the “narrow gate.”  What did He mean?  As Jesus regularly taught, only those willing to lose their lives, to take up their crosses, to die to themselves in order to be His disciples will be able to pass through the “narrow” gate of Jesus Himself.  Salvation will not be achieved by entering the wide gate of Jewish ethnicity. It will not come through proximity to Jesus—being a Catholic, getting all the sacraments, never missing Mass. It will only come through knowing Jesus and believing in Him, obeying Him as the Messiah, God’s own Son, and our only hope of redemption.

Jesus ends His conversation with a conundrum:  “Some are last who will be first, and some are first who will be last.”  The Jews considered the Gentiles to certainly be those who aren’tsaved, yet Jesus’ description of people from all over the world (not just Jews from Israel) proved that “the last,” the Gentiles, would precede many Jews (“the first” to be called) into the kingdom. Interestingly, St. Paul confirms this when he explained that “a hardening has come upon part of Israel, until the full number of the Gentiles come in, and so all Israel will be saved” (Rom 11:25-26).  This describes what happened when the Jews rejected the Gospel; it was then preached to the Gentiles, who received it with joy.  However, after this period of hardening (and no one knows how long this will last), St. Paul sees the hope of Israel finally recognizing her Messiah and finding salvation (see CCC 674).  “Some are first who will be last.”

Had the man in this story asked the right question, the one all of us should ask—“Lord, how can I be saved?”—Jesus’ answer would have been simple:  “Follow Me.”

Possible response: Lord Jesus, help me guard against presumption.  I know it’s the door to pride, judgment, and complacency.

This is one of the Old Testament prophecies of the gathering of “nations of every language” into God’s kingdom to which Jesus referred in our Gospel.  God announces, through the prophet, Isaiah, that someday people far beyond the boundaries of Israel will see His glory.  This prophecy began to be fulfilled in the Incarnation.  Jesus came to be a revelation of God’s merciful love, first to the house of Israel, and then to all people.  Recall that even in His own day, Gentiles were attracted to Him (see Mt 15:21-28; Jn 12:20-23).    On the Day of Pentecost, the Church began her preaching mission as Jesus had instructed the apostles:  “Go, therefore, and make disciples of all nations, baptizing them in the Name of the Father and of the Son and of the Holy Spirit, teaching them to observe all that I have commanded you” (Mt 28:19-20).

Isaiah’s prophecy envisions a glorious reconstitution of the new Israel, the people of God, which is the Church.  It includes both Jews and Gentiles who believe in Jesus.  Its dwelling place will be “Jerusalem, My holy mountain,” which we understand to be heaven.  This is the future reality that Jesus did not want His questioner in our Gospel to miss out on.  Neither do we.

Possible response: Heavenly Father, thank You for bringing this promise to fulfillment in Your worldwide Church.  Keep alive a missionary spirit in all of us to take the Gospel to all people everywhere.

We should now be seeing how far off the mark our Gospel’s questioner was when he was thinking about “only a few” to be saved.  It was always God’s intention that Israel, His chosen people, would “Go out to all the world and tell the Good News.” Here, the psalmist exhorts all the nations to “praise the Lord,” the God of the Jews first, then of everyone. Because of “His kindness towards us,” God wants all, not a few, to be saved (see 1 Tim 2:4).

Possible response: The psalm is, itself, a response to our other readings.  Read it again prayerfully to make it your own.

Remember that Jesus said in our Gospel some would “attempt to enter [the narrow gate that leads to salvation] but will not be strong enough.”  Our epistle helps us better understand what is required of us if we are to persevere as children in God’s kingdom.  It is only by His grace that we are born again as His sons and daughters in baptism.  We can’t do this for ourselves.  Yet we need to know that “whom the Lord loves, He disciplines; He scourges every son He acknowledges.”  In other words, we will face trials that will require the death to self that Jesus preached in the Gospel.  We need strength for this!  We have “drooping hands” and “weak knees.”  The author of Hebrews, however, gives us wonderful encouragement: “Endure your trials as ‘discipline’; God treats you as sons.”  We know earthly fathers discipline their children out of love; it is the same with our heavenly Father.

The discipline of the Lord that comes through our various trials “seems a cause not for joy but for pain.” How realistic this is.  Yet, over time, this discipline, if we meet it with faith, hope, and love, will yield “the peaceful fruit of righteousness to those who are trained by it.”  The goal of this discipline is to heal our weaknesses, and, as a verse not included in our reading says, “… [the Lord] disciplines us for our good, that we may share His holiness” (see vs 10).

Make us strong, Lord, to enter the narrow gate for the joy on the other side.

Possible response: Heavenly Father, please help me remember that my trials are meant to make me strong, not crush me, to heal what is lame, not cripple me. 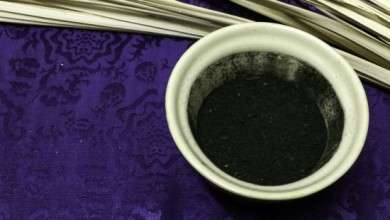 Which Are the Days of Abstinence in Lent? 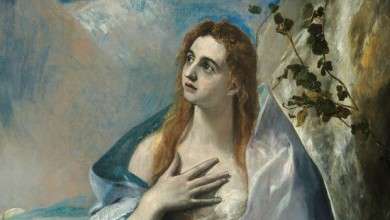