Archbishop Diarmuid Martin of Dublin said the next World Meeting of Families, which takes place in Ireland in August 2018, would be about developing “concrete ideas for the renewal of marriage and family in our Irish Church and society.”
Archbishop Martin, president of WMF 2018, officially launched preparations on October 22. The theme chosen by Pope Francis for the World Meeting is ‘The Gospel of the Family — Joy for the World’.
Acknowledging that there is “no such thing as the ideal family,” Archbishop Martin said that did not mean “we renounce presenting an ideal, which men and women and young people can aspire to and hope to achieve.”

In his remarks, he referred to recent comments by Quebec Cardinal Gerald Lacroix, who told Canadian Catholic News in October that he was disappointed over the media’s sole focus on the questions of Communion for the divorced and remarried and homosexuality in Amoris Laetitia, Pope Francis’ apostolic exhortation after the Synod of Bishops on the family. Archbishop Martin said Amoris Laetitia would provide the framework for the World Meeting of Families.
The archbishop said focusing on those issues in an isolated way had resulted in people not seeing the creative pastoral approach that Pope Francis wishes the church to use when dealing with these issues.
“Bishops and cardinals have publicly criticized the document or have tried to place their own interpretation on it in such a way as to fail to grasp the insights of Pope Francis. They fear that the emphasis on mercy will weaken the promulgation of the truth,” Archbishop Martin said.
He said it was important not to “allow ourselves to become entangled in trying to produce definitions of the family. Family is such a transcultural value that it cannot be defined simply. Family is about love, no matter how imperfect and failing: It is about a love which enriches lives.”
The last World Meeting of Families was in Philadelphia in September 2015. 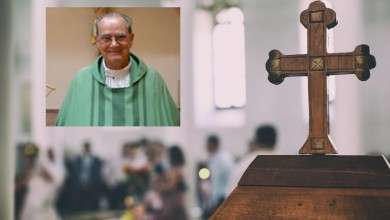 Pope is a leading contender for Nobel Peace Prize