This private devotion was one of the secrets to his pontificate.

Everyone knows the deep love St. John Paul II had for Mary. On the 100th anniversary of his birth in this month of May dedicated to the Mother of God, we invite you to embrace this prayer for families that the Holy Father addressed to the Blessed Virgin.

From his childhood to his final days, St. John Paul II maintained a special relationship with the Virgin Mary. For, indeed, the Mother of God played a large role in the life of little Karol, and then in his life as a priest and cardinal. As soon as he was elected to the See of St. Peter, he placed his pontificate under the protection of the Mother of God.

“In this grave hour which gives rise to trepidation, we cannot do other than turn our mind with filial devotion to the Virgin Mary, who always lives and acts as a Mother in the mystery of Christ, and repeat the words ‘Totus tuus’ (all thine),” he proclaimed in St. Peter’s Square in Rome on the day of his installation, October 16, 1978. Then on May 13, 1981, the pontiff miraculously survived an assassination attempt, and it was to Our Lady of Fatima that he attributed this miracle.

Throughout his life, he composed many prayers to the Mother of God, including this one, which families can use in their evening prayers during this month of May (and beyond …).

Through her maternal help, may every Christian family

which reflects and relives the mystery of the Church of Christ.

May you who are the servant of the Lord, be our example

of a humble and generous welcome of the will of God!

You who are the mother of sorrows at the foot of the cross,

be there to lighten our loads,

and wipe away the tears of those afflicted by family difficulties.

May Christ the Lord, King of the Universe, King of families,

be present, as at Cana, in every Christian home,

to communicate his light, joy, serenity, and strength.

to the coming of his kingdom on earth.

To Christ and to you, Mary, we entrust our families. 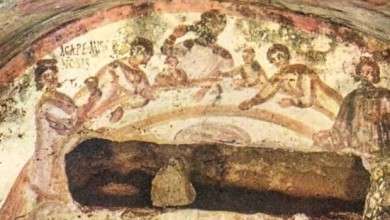 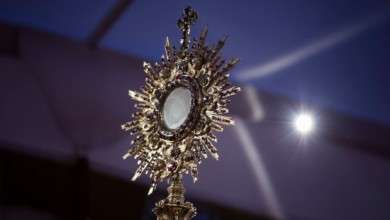 10 Amazing facts about the power of the Eucharist