On July 24, the Catholic Church celebrates its second annual World Day for Grandparents and the Elderly.

This special observance, held on the fourth Sunday of July each year, is timed to roughly coincide with the July 26 feast day of Sts. Anne and Joachim, Mary’s mother and father and Jesus’ grandparents.

By visiting the elderly on July 24, Catholics are eligible to receive a plenary indulgence.

A plenary indulgence, as defined by the Catechism of the Catholic Church, is “a remission before God of the temporal punishment due to sins whose guilt has already been forgiven.” It must be followed by confession, Holy Communion, and prayer as soon as possible afterward. Those who wish to receive it are required to truly intend to remove themselves from sin.

A decree issued by the Apostolic Penitentiary on May 30 said that the indulgence for the World Day for Grandparents and the Elderly is available “to the faithful who devote adequate time to visit, in presence or virtually, through the media, their elderly brothers and sisters in need or in difficulty.” The plenary indulgence can also be obtained by attending a solemn commemoration of the annual event by Pope Francis or related celebrations around the world.

Since Pope Francis has said that plenary indulgences can be granted by visiting the elderly either in-person or virtually, this means that a simple phone call can grant you forgiveness from sins, and make beloved grandparents and elderly loved ones smile.

Like Anne and Joachim, grandparents and the elderly sometimes despair of the trials of old age. But faith brought Anne and Joachim the joy of becoming the parents of the Queen of Heaven, which is more than they could have expected. This miracle from God is a reason to honor the faith and perseverance of the elderly on July 24 this year.

“A long life — so the Bible teaches — is a blessing, and the elderly are not outcasts to be shunned but living signs of the goodness of God who bestows life in abundance.” Pope Francis said.

You can hear the pope’s reflections about the elderly in the video below.

The theme for this year’s celebration is “In old age they will still bear fruit” (Psalm 92:15). “The theme is meant to emphasize how grandparents are a gift both to society and the Church,” the U.S. bishops say on their website.

How to show you care

The United States Conference of Catholic Bishops (USCCB) website provides a wealth of ideas on how to observe World Day for Grandparents and the Elderly.

The first suggestion is to host or attend a Mass of Thanksgiving on the weekend of July 24. Since the Mass will focus on celebrating grandparents, the U.S. bishops encourage Catholics to invite their elderly loved ones, whether it be virtually or in person. They also suggest sharing the names of deceased elderly loved ones and grandparents in their parish’s Book of Remembrance.

Other suggestions from the bishops include participating in novenas or holy hours dedicated to the World Day for Grandparents and the Elderly.

The USCCB website provides a pastoral kit for parishes to prepare for the celebration of the elderly. It includes infographics, announcements from Pope Francis, a video, and more about the day.

Honoring the patronage of Sts. Anne and Joachim, as well as utilizing forget-me-nots, are other ways to celebrate World Day for Grandparents and the Elderly. 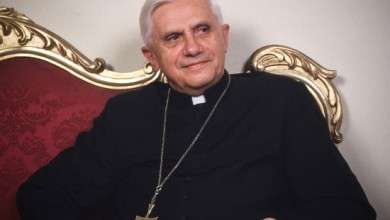 When Father Joseph Ratzinger Predicted the Future of the Church 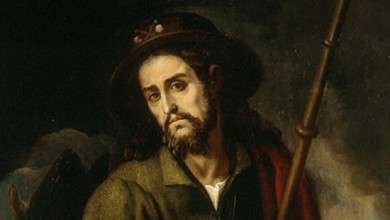 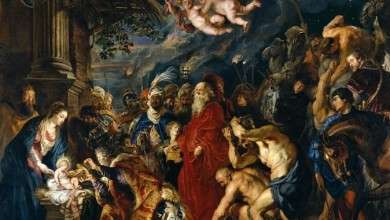