Pray to Our Lady of Sorrows in times of distress.

Prayers to Our Mother of Sorrow allow us to comfort someone who has given us so much consolation, the Blessed Virgin Mary! She is known in this devotion, which is very pleasing to our Lord, as Our Lady of Sorrows, the Sorrowful Mother, or Our Lady of the Seven Sorrows, among other names.

These titles for her reflect the trials and tribulations she endured for our salvation as the mother of our Savior Jesus Christ. The church even has a feast day for Our Lady of Sorrows, September 15th.

There are seven prayers listed below, one for each of these traditionally known Seven Sorrows of the Blessed Virgin Mary. They are prayed together in succession with the Hail Mary in between each one. These seven prayers presented in this format were approved by Pope Pius VII in 1815. We will provide some thoughts on each sorrow on each of seven pages.

(None of these prayers are very long, by the way, so we also have the seven prayers on a single web page here for those of you who might wish to print them out from that format instead!)

We’ve included links to scriptural references where appropriate as well. Together in this set of seven prayers we ask our Blessed Mother to obtain for us the Seven Gifts of the Holy Spirit.

The Seven Sorrows of Our Lady

The Fourth Sorrow: Mary Meets Jesus On The Way To Calvary

The Sixth Sorrow: Mary Recieves the Body of Jesus In Her Arms

In addition to this set, you can also pray a Seven Sorrows Rosary, which the Blessed Mother highly recommended when she appeared in Rwanda, in Africa, as Our Lady of Kibeho in the 1980’s.

According to St. Bridget of Sweden, the 14th century mystic to whom our Blessed Mother gave many private revelations, she has made promises, which along with our Lord’s are described here, to those who practice devotion to her seven sorrows.

(Just as a side note, these private revelations are among those which have been “approved” by the Church given by God or Mary, for example, to certain people. We as Catholics are not required to believe them, but that the Church has determined they have nothing in them contrary to faith and morals. We will quote especially from our Blessed Mother’s words to St. Bridget in our treatment of the seven sorrows.)

Mary experienced great joy in her life, as we read in her prayer the Magnificat, for example. She knew, however, even when Jesus was just a baby of the inevitability of His Passion for our salvation. Clearly, our Blessed Mother was also our Sorrowful Mother!

Indeed, the devout Simeon told Mary when she presented the baby Jesus to the Lord in the Temple that this child would be “a sign that would be contradicted” and also that her heart would be pierced by a sword, figuratively speaking. Simeon’s jarring premonition in the Presentation foreshadowed her excruciating heartbreak at her Divine Son’s Passion years later.

Honor the Seven Sorrows of our Blessed Mother

Archbishop Fulton Sheen once wrote of the Seven Sorrows of our Blessed Mother as being seven thrusts of the sword into her heart and soul culminating in Jesus’ Crucifixion, which gave her emotional anguish on a par with His physical pain on the Cross at Calvary.

(The 13th century hymn Stabat Mater, prayed especially during Lent during the Stations of the Cross, is a moving tribute to her sufferings.)

These words in scripture are often cited in describing Mary’s grief as our Sorrowful Mother :“O all ye that pass by the way, attend, and see if there be any sorrow like to my sorrow.” (Lamentations 1:12).

Indeed, it has been said that the Church calls Mary the Queen of Martyrs “because her martyrdom surpassed that of all others. Although her body was not bruised by torturers, her heart was pierced by the sword of compassion for her Divine Son.” St. Alphonsus Liquori once noted quite movingly that Mary suffered in her heart all that Jesus endured in His body.

Our Lord Himself revealed to Sister Josefa Menendez that “My Mother was present in spirit in all the torments of My Passion by divine revelation…As soon as she knew that My death sentence had been pronounced she came forth to meet Me and did not leave Me any more till I was placed in the tomb.

Let us not forget her

Mary herself helped inspire seven pious Italian noblemen to found a religious order in remembrance of her sorrows in the 13th century. This order, the Servites, is still in existence today, with members all over the world.

As a reminder, we as Catholics honor, not worship, Mary with our prayers to her. The selections in the linked pages above can help you console her in her grief for her Divine Son’s Passion, for fallen humanity, and for those souls who have either lost, or are in grave danger of losing, their salvation.

And, needless to say as well, they can help both our Blessed Mother and her beloved Son assist each of us with the graces we need for Eternal Life! Remember also that when our Blessed Lord told St. John from the cross that she was to be his mother (John 19:26-27) from that point on, she became our mother as well!

Mary once complained to St. Bridget of how few people pitied, or even thought of, her in her sorrows. She told her “Though many forget me, do not thou, my daughter, forget me.” Let us not forget her either. She’s done so much for us in bearing our Savior and witnessing His sacrifice at Calvary. And she wants to help deepen our relationship with Him with the graces we need! 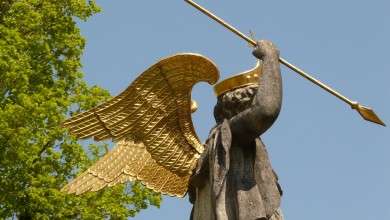 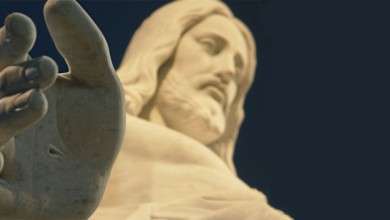 A beautiful prayer to place your life in God’s hands