Bl. Herman was born with a cleft palate, cerebral palsy and spina bifida, but he also had a brilliant mind.

God often uses weak instruments to bring about a greater good. Such was the case of Bl. Herman of Reichenau. Herman was born with a cleft palate, cerebral palsy and spina bifida. His childhood proved to be extremely difficult, but his parents wanted the best for him. When he was seven years old, they arranged for him to stay at a nearby Benedictine monastery where he would be educated and raised.

Herman flourished at the monastery and it was quickly discovered that while his body was crippled, his mind was extraordinary. He became a scholar in astronomy, theology, math, history and poetry. Herman was also a master of language and became fluent in Arabic, Greek and Latin.

Yet what was even more remarkable was his gentle disposition and devout interior life. He possessed a great joy and despite his physical failings, he always smiled.

Later in life he became blind and this is when he began composing beautiful hymns. Even though his body failed him, his mind and heart were on fire with God’s love and it moved him to create some of the most well-known hymns of all time.

In particular, Herman composed the ever popular Salve Regina (“Hail, Holy Queen”) and Alma Redemptoris Mater (“Loving Mother of the Redeemer”). Both hymns have become incorporated into the Church’s Liturgy of the Hours and are included after the recitation of Night Prayer. The Salve Regina in particular is one of the most well-known Marian hymns of the Church.
When we read or sing both of these hymns after learning about Bl. Herman, they are even more remarkable. The hymns are jubilant songs full of love and devotion, coming from the heart of a man who suffered greatly during his life. It reminds us of the power of faith and how no matter what sufferings we may have to endure, we can still praise God and thank him for the wondrous things he has done for us.

Hail, holy Queen, Mother of mercy, our life, our sweetness and our hope.

To thee do we cry, poor banished children of Eve.

To thee to we send up our sighs, mourning and weeping in this valley of tears.

Turn, then, most gracious advocate, thine eyes of mercy toward us, and after this, our

exile, show unto us the blessed fruit of thy womb, Jesus.

assist your people who have fallen yet strive to rise again,

yet remained a virgin after as before,

have pity on us poor sinners. 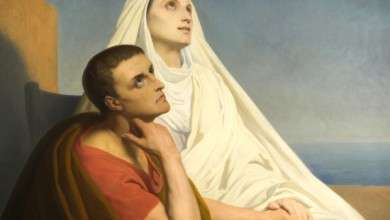 Prayer to St. Monica: Help my child turn to Christ! 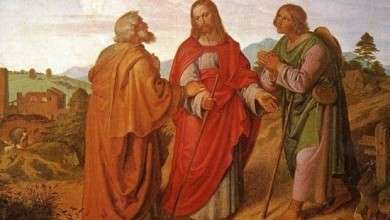 The symbolism behind Mary’s Immaculate Heart 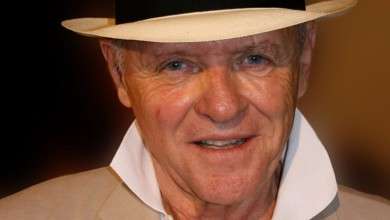