Throughout the United States as well as the rest of the world, countless stories exist about baby Jesuses that have been stolen from Nativity scenes. While the act of stealing a baby Jesus from a manager is not a rare occurrence, it’s extremely rare that a baby Jesus is returned, especially after 90 years. But it is exactly what happened at Hoboken’s Our Lady of Grace Church, though.

In 2018, a statue of a baby Jesus was returned to a church 90 years after the statue was stolen. Staff at the church discovered the package around Christmas and found that it had no return address. As a result, the statue was brought to the attention of the church’s reverend, who initially had reservations because he lacked a name or an address. Fortunately, the post office later tracked the origins of the package down to Crystal Springs, Florida.

Hoboken Police and emergency workers later scanned the package with a heat-seeking device. After determining that nothing explosive was inside, the box was opened carefully, and a baby Jesus statue was found inside with a note. The note explained that the statute had become something of a family heirloom after being stolen from a Nativity display in the 1930s. The statue then, instead of being returned, was passed down through the family. The current owner felt that the statue should be returned to the church.

As violence takes over Jerusalem again, a bishop says: we need the Lord’s help 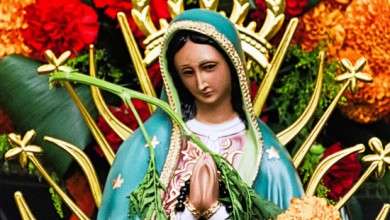 The Holy Father encourages church of Slovakia to accommodate migrants