Following the death of Pope Emeritus Benedict XVI, these are the details you should know about his funeral in the Vatican.

Benedict XVI passed away on Dec. 31 at 9:34 a.m. Rome time. As confirmed by his personal secretary Archbishop Georg Gänswein, his last words were “Signore, ti amo !” (Lord, I love you!) And he pronounced them in Italian.

Unlike the death of St. John Paul II in 2005, the death of the pope emeritus was not announced in St. Peter’s Square nor was there a peal of bells. Confirmation of his death was reported by the director of the Vatican Press Office, Matteo Bruni.

Bruni told reporters that “following the wishes of the pope emeritus, the funeral will be held under the sign of simplicity,” stressing that it will be a “solemn but sober funeral.”

“The express request on the part of the emeritus pope is that everything be simple, both with regard to the funeral as well as the other celebrations and gestures during this time of pain,” he added.

After his death, the body of Benedict XVI remained in the Mater Ecclesiae Monastery, his place of residence since his resignation in 2013. The small monastery is located in the Vatican Gardens on a hill behind St. Peter’s Basilica.

On Jan. 1, the Holy See released the first images of the body of the pope emeritus with a rosary in his hand and lying at the foot of the altar in the monastery’s chapel. The chapel is the same place where, in addition to celebrating Mass, public visits from Pope Francis and the new cardinals were made every time there was a consistory in the Vatican. Since it continues to be Christmas liturgically, the chapel still has a small Christmas tree and a manger.

Next to the remains of Benedict XVI, some kneelers were placed for prayer.

A few hours later dozens of people including cardinals, bishops, priests, Vatican workers, nuns from different congregations, and even journalists who cover the activities of the Holy See were able to enter the monastery to keep vigil and pray with the remains of the pope before they were transferred to St. Peter’s.

At 7 a.m. on Jan. 2, the body of the Pope Emeritus was transferred from the Mater Ecclesiae Monastery to St. Peter’s Basilica to begin the wake and allow thousands of pilgrims to say their last goodbyes.

The archpriest of the basilica, Cardinal Mauro Gambetti, received the remains of Benedict XVI with a liturgical act that lasted about 30 minutes.

Among the attendees were Gänswein, who was his personal secretary since 2003, and the master of liturgical celebrations, Monsignor Diego Ravelli.

From 9 a.m. to 7 p.m. the faithful from all over the world were allowed to enter St. Peter’s Basilica to visit the body of Benedict XVI.

It is estimated that at least 65,000 people came to visit the pope emeritus on the first day of his wake.

The remains of Benedict XVI will remain on display in St. Peter’s Basilica until Wednesday, Jan. 4. Visiting hours for Tuesday and Wednesday are from 7 a.m. to 7 p.m. (Rome time).

Pope Francis will preside over the funeral of Benedict XVI on Thursday, Jan. 5, at 9:30 a.m. (Rome time), in St. Peter’s Square.

The Vatican has released the booklet containing the prayers and readings for the funeral Mass. The readings for the Mass will be Isaiah 29:16–19 in Spanish; Psalm 23 sung in Latin; 1 Peter 1: 3–9 in English, and the Gospel of Luke 23: 39–46 read in Italian.

Two official state delegations, those of Italy and Germany, will attend the funeral of Pope Emeritus Benedict XVI.

The president of Italy, Sergio Mattarella, was one of the first to visit the funeral chapel of Pope Benedict XVI. Prime Minister Giorgia Meloni, accompanied by other officials from her government, also attended on the morning of Monday, Jan. 2, and prayed for several minutes before the remains of the pope emeritus.

Many other heads of state will come to pay respects and attend the funeral in an unofficial capacity, including the president of Hungary, Katalin Novak; the president of Poland, Andrzej Duda; King Philip of Belgium; and Queen Sofia of Spain, among others.

As Benedict XVI’s coffin is carried to his place of burial in the crypt of St. Peter’s Basilica, the choir will sing the Magnificat in Latin. 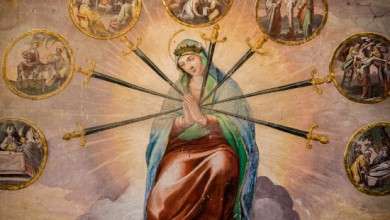 On this ‘Passion Friday,’ pope says he thinks of Mary’s 7 Sorrows when he prays evening Angelus

An Ancient Christian Manuscripts saved from ISIS to be Displayed in Rome. 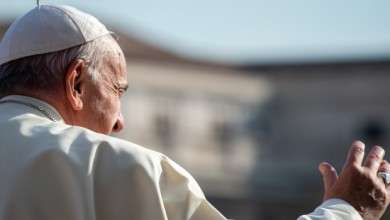 Pope Francis praises Knights of Columbus, noting their 100 years of work in Rome