Cardinal Ouellet is suing for defamation over accusations of sexual assault

Cardinal Marc Ouellet has filed a defamation lawsuit in Quebec, Canada, stating that a woman falsely accused him of sexual assault in a class-action sex abuse lawsuit against the Archdiocese of Quebec. In a statement, the cardinal said he has never engaged in such behavior and that the accusations against him were constructed and spread for improper purposes.

The 78-year-old cardinal served as archbishop of Quebec from 2002 to 2010. He is currently prefect of the Dicastery for Bishops, a key Vatican body that helps the pope evaluate prospective candidates to be named Catholic bishop.

The defamation lawsuit was filed in the civil division of the superior court in the District of Montreal and seeks CAD 100,000 in compensatory damages. The lawsuit alleges that the “false allegations” against the cardinal “have caused and continue to cause serious damage” to his personal and professional reputation and that he has suffered “significant psychological anguish.” Cardinal Ouellet stated that any financial compensation he may receive from the lawsuit will be donated in its entirety to support the fight against the sexual abuse of Indigenous peoples in Canada.

The woman, identified as “F.” in the class-action suit, alleged that the cardinal, who served as archbishop of Quebec from 2002 to 2010, sexually assaulted her on multiple occasions while she worked as a pastoral intern for the Quebec Archdiocese between 2008 and 2010. She claimed that the misconduct included kissing her and sliding his hand down her back to her buttock.

The class-action suit against the archdiocese includes the testimony of 101 people who say they were sexually assaulted by clerics or Church staff from 1940 to the present. Eighty-eight clerics are accused in the suit. Justin Wee, one of the lawyers representing the plaintiffs in the lawsuit, told CBC News that his client “F.” had heard about the defamation lawsuit online and had not seen the motion to initiate the lawsuit.

The Vatican conducted a preliminary investigation in August and Pope Francis determined that there was not sufficient evidence to begin a canonical investigation against Cardinal Ouellet for sexual assault.

According to the cardinal’s defamation lawsuit, the alleged incidents occurred at four different public events: a Sisters of Charity event in Beauport in the fall of 2008; a pastoral appointment ceremony in November 2008; a meeting at an event in a church basement; and during a diaconal ordination at a church in February 2010. The defamation lawsuit states that the cardinal “has no recollection of ever having met Mrs. F. He does not know her.” It also claims that her accounts are inconsistent with the nature of the cardinal’s interactions in public settings and that, at these events, he would make a customary greeting “either by shaking hands or by a kiss on the cheek and would attempt to personalize each interaction in a manner consistent with the behavior of any person in a public representation role.”

The defamation lawsuit further contends that even if the alleged acts took place, which the cardinal denies, they did not constitute “touching of a sexual nature” or sexual assault. It claims that the accuser’s comments are contradictory. 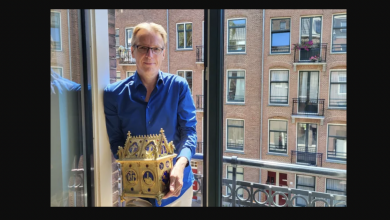