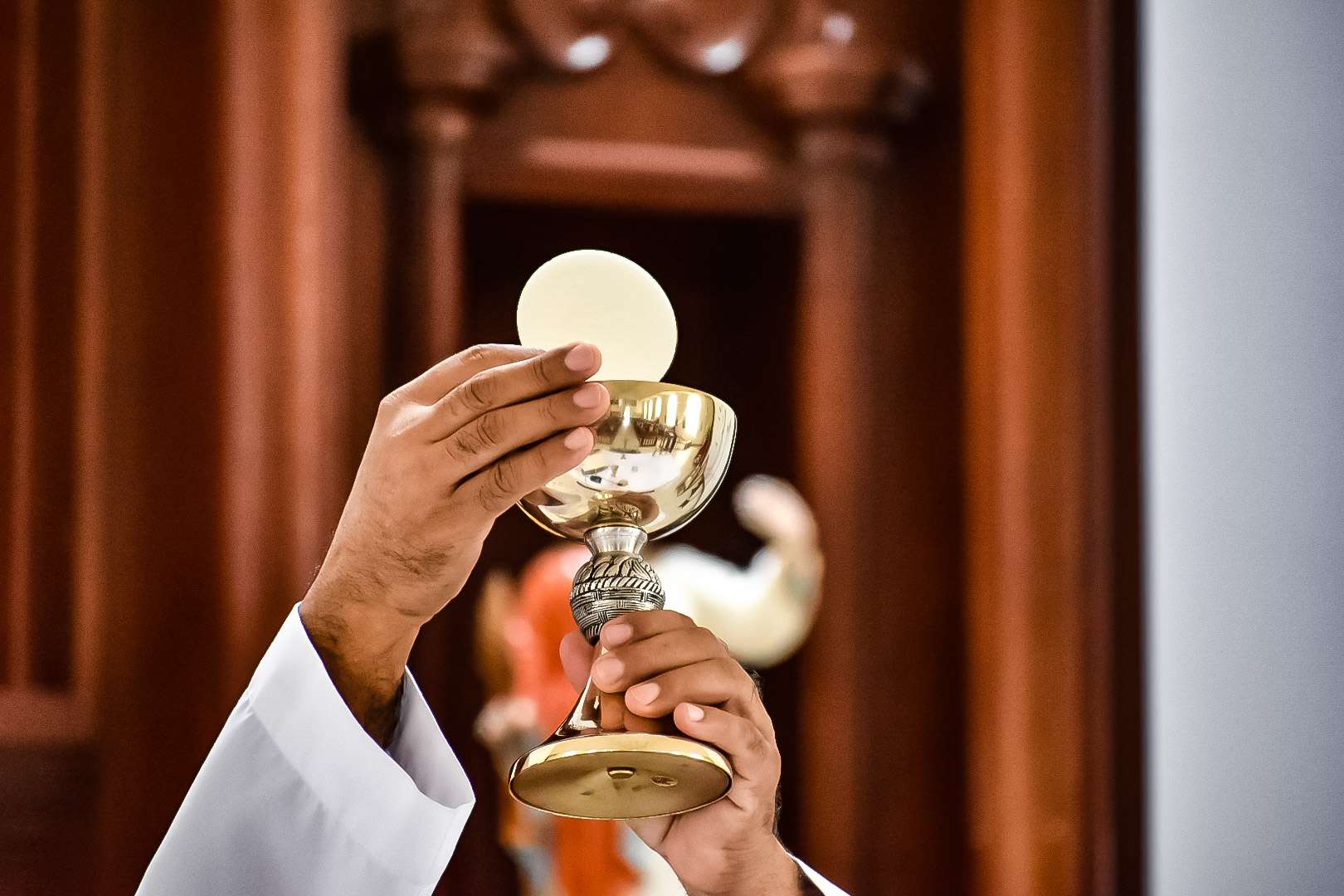 Home » Q&A » How is the Eucharistic bread made?

The Church does not use just any bread or wine, in fact, there are serious regulations on what kind to use and how they are made.

Can. 924 §1 The most holy Sacrifice of the Eucharist must be celebrated in bread, and in wine to which a small quantity of water is to be added. §2 The bread must be wheaten only, and recently made so that there is no danger of corruption. §3 The wine must be natural, made from grapes of the vine, and not corrupt. Can. 925 Holy communion is to be given under the species of bread alone or, in accordance with the liturgical laws, under both species or, in case of necessity, even under the species of wine alone. Can. 926 In the eucharistic celebration, in accordance with the ancient tradition of the Latin Church, the priest is to use unleavened bread wherever he celebrates Mass.

The instruction Redemptionis Sacramentum adds a few other qualifications.

There are a few exceptions to the rule though, this is because some people are allergic to gluten and some can’t drink alcohol.

There are companies that specialize in the creation of the bread used for consecration. They are fully aware of these rules and follow guidelines. So many of the makers are nuns too who belong to religious congregations who sell this and other sacred items to churches.

There are some exceptions to the rules above, including low-gluten hosts and a form of wine permitted for those who should not consume alcohol. In general, however, these basic rules govern what type of bread and wine can be used at Mass.

They start their workday by mixing water and flour to make paste. Back in 1951 when the monastery began making altar bread, they measured flour and water with measuring cups. Now that the business has expanded to 100 parishes nationwide, they have to measure with scales.The paste is ladled onto “bakers,” a machine similar to a waffle iron, except that instead of a grid, the Chi-Rho symbol is embossed onto the bread. Once the 14-inch plates are cooked, they’re stacked and stored overnight in a humidifier so they can be cut without breaking the next day. The moistened plates are assembled in stacks of 72 and cut into small and medium-sized wafers. Once cut, the wafers dry out in dish pans, to be packaged later by 91-year old Sister Paul for distribution.