Contents hide
1 The issue:
2 What I believe:
3 The Church:
4 Pope Benedict XVI:
4.1 Excepts from the Document:
5 Read More

An unborn baby: miscarried, aborted etc., and even an unbaptized infant who dies before being baptized. Where do they go? Since Baptism is necessary for entering heaven, where do all these babies go then?

Ancient Fathers taught about “Limbo”, a place of rest and peace in-between heaven and hell. This place or “state” was thought to be where our OT Fathers went, including Abraham.

As a matter of fact, when Jesus was teaching, he alluded to this place when, speaking of Lazarus, said he died and “went to the bosom of Abraham”, and the Rich man communicated from hell with Abraham and asked him to “send” someone to his family on earth. The point is that Abraham was the highest person in this ‘place,’ where every other unbaptized soul went.

After Christ’s resurrection, these souls could rise too and enter heaven after the Son of Man.

So now, Abraham and the rest of the OT Saints are no longer in Limbo because there’s no more “Limbo of the Fathers” or “Patristic Limbo.” However, people kept believing that the “Limbo of infants” still existed, where unbaptized babies go.

I have never believed that unbaptized infants who are not guilty of any personal/actual sins will be refused admittance to heaven. I believe that Jesus, who loves kids so much, would make way for them to be cleansed of all original sin and be admitted to paradise. Christ has completed the objective salvation of all the world so that everyone can be saved. If we believe that adults who died before Christ and obviously were not baptized in his name could be saved, how much more these innocents without any personal faults?

“The Lord himself affirms that Baptism is necessary for salvation. He also commands his disciples to proclaim the Gospel to all nations and to baptize them. Baptism is necessary for salvation for those to whom the Gospel has been proclaimed and who have had the possibility of asking for this sacrament. God has bound salvation to the sacrament of Baptism, but he himself is not bound by his sacraments“

“As regards children who have died without Baptism, the Church can only entrust them to the mercy of God, as she does in her funeral rites for them. Indeed, the great mercy of God who desires that all men should be saved, and Jesus’ tenderness toward children which caused him to say: “Let the children come to me, do not hinder them,” allow us to hope that there is a way of salvation for children who have died without baptism”

Cardinal William Levada, then president of Vatican’s Theological Commission, presented the then Pope Benedict XVI with a 41-page report in 2007 titled “The Hope of Salvation for Infants Who Die Without Being Baptized,” which presented the Pope with studies that said there were “serious” grounds that these souls could be saved.

Excepts from the Document:

“There is greater theological awareness today that God is merciful and wants all human beings to be saved. Grace has priority over sin, and the exclusion of innocent babies from heaven does not seem to reflect Christ’s special love for the little ones,”

“Within the hope that the Church bears for the whole of humanity and wants to proclaim afresh to the world of today, is there a hope for the salvation of infants who die without Baptism? We have carefully re-considered this complex question, with gratitude and respect for the responses that have been given through the history of the Church, but also with an awareness that it falls to us to give a coherent response for today.

Reflecting within the one tradition of faith that unites the Church through the ages, and relying utterly on the guidance of the Holy Spirit whom Jesus promised would lead his followers “into all the truth” (Jn 16:13), we have sought to read the signs of the times and to interpret them in the light of the Gospel. Our conclusion is that the many factors that we have considered above give serious theological and liturgical grounds for hope that unbaptised infants who die will be saved and enjoy the Beatific Vision.

We emphasize that these are reasons for prayerful hope, rather than grounds for sure knowledge. There is much that simply has not been revealed to us (cf. Jn 16:12). We live by faith and hope in the God of mercy and love who has been revealed to us in Christ, and the Spirit moves us to pray in constant thankfulness and joy (cf. 1 Thess 5:18).” 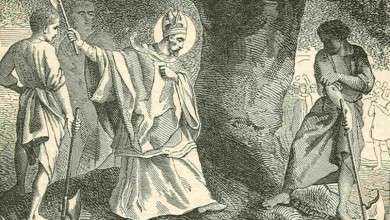 The Hell There Is!

The Sad History of the Knights Templar 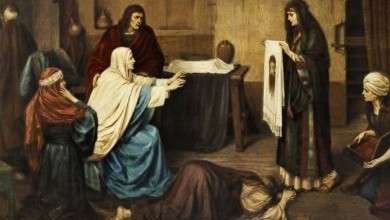