Jesus Christ is covenant and law:

Who to thy tribes on Sinai’s height

In ancient times once gave the law

In cloud and majesty and awe.

Shall come to thee, O Israel!

There were peals of thunder and lightning, and a heavy cloud over the mountain, and a very loud trumpet blast, so that all the people in the camp trembled. Mount Sinai was all wrapped in smoke, for the Lord came down upon it in fire. (Ex 19:16, 18a)

We prepare with awe-filled joy to celebrate the incomprehensible mystery of the new covenant made in Jesus Christ, in whose Incarnation humanity and divinity are joined in a communion far beyond anything that could have been imagined at Sinai.

Remember the deeds that our fathers did

and you shall win great glory

and an everlasting name.

Was not Abraham found faithful in trial,

and it was reputed to him as uprightness?

Joseph, when in distress, kept the commandment,

and he became master of Egypt.

David, for his piety,

received as a heritage a throne of everlasting royalty.

Elijah, for his burning zeal for the law,

was taken up to heaven.

Hananiah, Azariah and Mishael, for their faith,

were saved from the fire.

Daniel, for his innocence,

was delivered from the jaws of lions.

And so, consider this from generation to generation,

that none who hope in him shall fail in strength.

You have not approached that [mountain] which could be touched and a blazing fire and gloomy ­darkness and storm. No, you have approached Mount Zion and the city of the living God, the heavenly Jerusalem, and countless angels in festal gathering, and the assembly of the firstborn enrolled in heaven, and God the judge of all, and the spirits of the just made perfect, and Jesus, the mediator of a new covenant, and the sprinkled blood that speaks more eloquently than that of Abel.

This is my blood of the covenant, which will be shed on behalf of many for the forgiveness of sins. (Mt 26:28)

O Adonai and Leader of the house of Israel, who appeared to Moses in the flames of the burning bush and gave him the law on Sinai: come and redeem us with outstretched arm. (Traditional O Antiphon)

United with God in the covenant of love, we stand and pray in hope to the One in whose blood that covenant was sealed:

For those whom you have bound to yourself in your covenant of love:

– grant us perseverance in fidelity to the law you have written in our hearts. R/

For those who will come after us in the covenant of your love:

– grant us the wisdom to teach them well by word and example. R/

For those who have gone before us in fidelity to the covenant of your love:

– bring them to dwell in joy with you for ever in the heavenly Jerusalem. R/

May the God of peace, who brought up from the dead the great shepherd of the sheep by the blood of the eternal covenant, Jesus our Lord, furnish us with all that is good, that we may do his will. Amen. (cf. Heb 13:20-21)

Antiphon for the Solemnity of Christmas, December 25

This day a Virgin inviolate

has brought forth God for us,

whom she was found worthy to suckle;

let us all adore him,

who has come to save us. 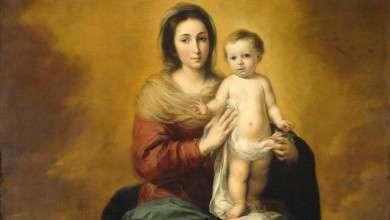 A Night prayer to Our Blessed Mother 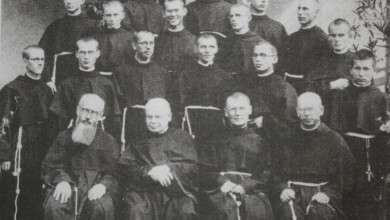 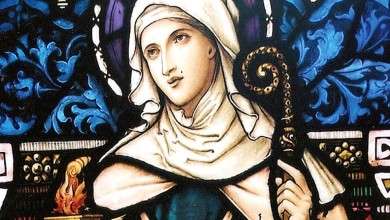 Prayer to St. Brigid for protection from evil