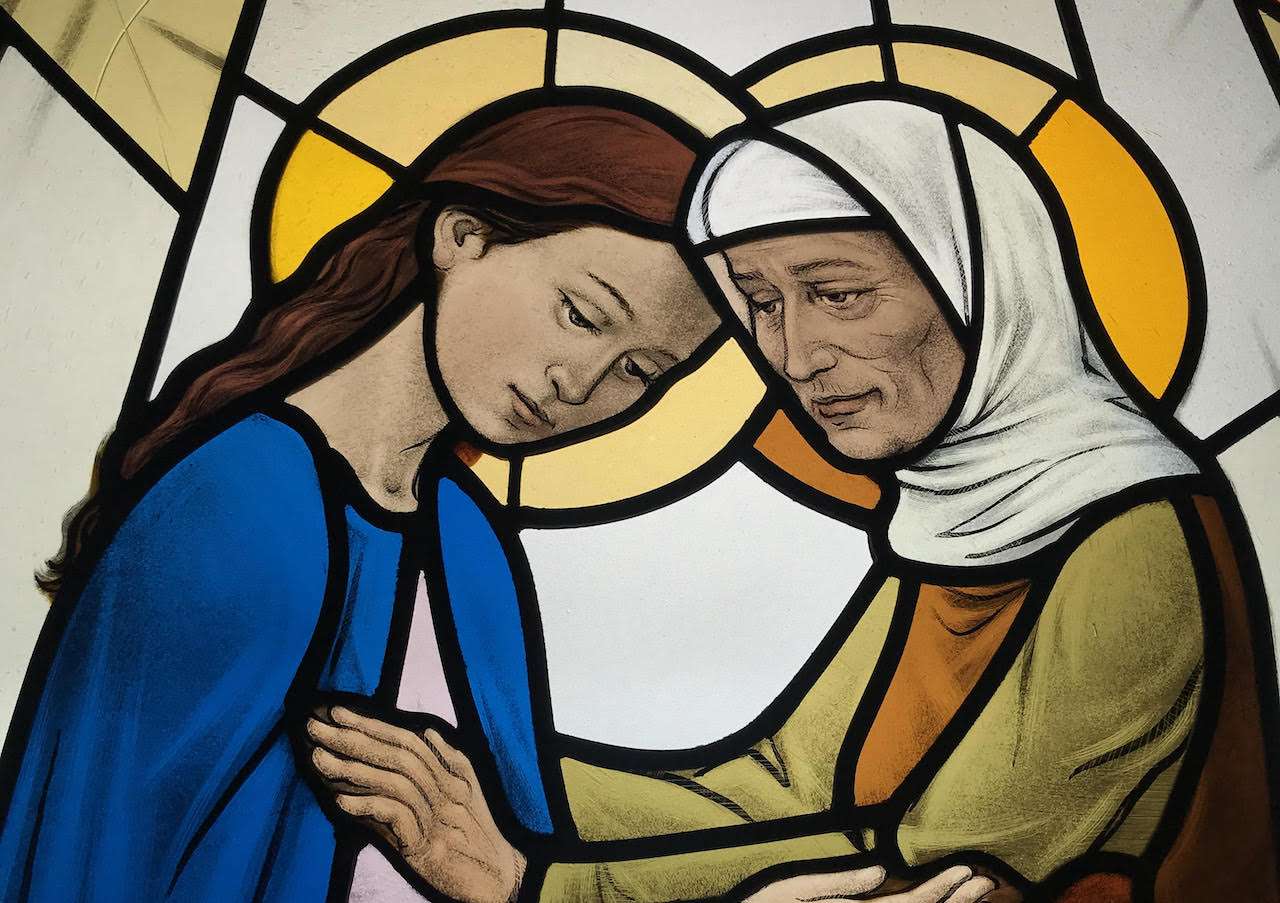 TODAY WE CELEBRATE… SAINT OF THE DAY. Saints Elizabeth and Zechariah

‘In the tender compassion of our God, the dawn from on high shall break upon us…”

The Parents of Saint John the Baptist – (First Century)

According to the Gospel of Luke, Zechariah was an elderly priest. He and his wife Elizabeth hoped and prayed that God would bless them with a child.

Saint Luke tells us that the couple were devout observers of the Law and “blameless in the sight of the Lord.”

God answered the prayers of the elderly couple and Elizabeth conceived a son, whom they named John as the angel had instructed them.

Devotion to Saints Zechariah and Elizabeth dates to the early fifth century when the supposed relics of Zechariah were transferred from Constantinople to Rome. While it is not mentioned in the Roman Martyrology, some Fathers of the Church and a number of ancient traditions maintain that Zechariah died as a martyr.

These two saints are included in the calendars of a number of Churches and denominations and Zechariah is honored as a prophet in the Qur’an, while Elizabeth is honored as one of the “holy women” of Islam.

Prior to the reforms of the Second Vatican Council, many dioceses celebrated the “Feast of the Holy Relics” on November 5. This celebration was created in response to the attacks on the devotion to relics that was part of the Protestant Reformation. To help avoid abuses—and in response to some valid criticisms posed by the Protestant reformers—the Council of Trent initiated policies that helped prevent abuses related to devotion to relics of saints. In honor of the feast, many churches would display their collections of relics on the feast.

“John’s father, Zechariah — Elizabeth’s husband and a relative of Mary. He was a priest of Old Testament worship. He did not immediately believe in the announcement of such an unexpected fatherhood. Therefore, he was left mute until the day of the circumcision of the child to whom he and his wife gave the name God had indicated to them; that is, John, which means ‘graced by God.’ Inspired by the Holy Spirit, Zechariah spoke thus of his son’s mission: ‘And you, child, will be called the prophet of the Most High; for you will go before the Lord to prepare his ways, to give knowledge of salvation to his people in the forgiveness of their sins’ (Lk 1:76-77).”—Pope Benedict XVI

O God, who see that in our weakness we fail,

mercifully restore us to your love by the example of your Saints.

SAINT OF THE DAY: St. Elizabeth of the Trinity